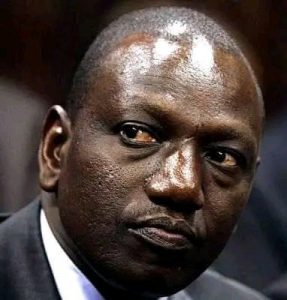 As he embarks on his ambitious political odyssey, Deputy President William Ruto’s recent political outbursts have not gone unnoticed, not only in Kenya but across the continent.

On the day he was cleared by the Independent Electoral and Boundaries Commission to contest for president during the August 9 general election, the DP launched a scathing attack at the local media, saying it was biased against him.

According to the DP, the media was giving his biggest rival, Azimio la Umoja’s Raila Odinga, a fair and favourable coverage.

In other meetings that followed, the DP launched another scathing attack targeting state institutions and the so called ” deep state” for allegedly working to scuttle his presidential bid and for supporting the former Prime Minister.

At one point, the DP had even claimed that deep state is non-existent, even as he exuded confidence that will beat Raila hands down come August 9.

Amid all this, Ruto’s latest political statements, especially attack on the media, has not gone unnoticed by top African media houses.

The New African Report, a popular magazine that covers African politics and governance issues, has run a story on how the DP’s blatant attacks on independent entities could scuttle his presidential bid.

According to the media house, it would be better if the DP can steered clear of unnecessary war with the media and state institutions.

As per the recent report by the Media Council of Kenya, Raila received more media coverage in his campaigns as compared to Ruto. However, this shouldn’t be used by the DP to justify his attacks on the country’s press. 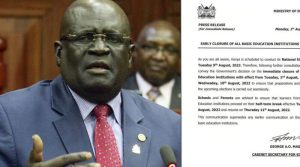