Waiguru’s move to join UDA opened room for silent war between her and the Kirinyaga Women Representative Hon Wangui Ngirici.

Hon Ngirici who has since been attacking Waiguru has raised eyebrows after her latest remarks revealing her next move after Waiguru decamped to UDA.

The gubernatorial hopeful has stated that she has now retreated to study her options ahead of 2022 before making her next political move.

“I popularised UDA in Kirinyaga. I convinced my people that UDA was the political outfit to join, and that Ruto was the man best-suited to take over from President Uhuru… Waiguru was on the other side opposing Ruto. When her BBI mission failed, she crossed over to UDA… I have now retreated to carefully study my options before I make my next political move,” Wangui Ngirici said.

The remarks by Ngirici have raised eyebrows of what she could be planning ahead of next year’s general election as she eyes the Kirinyaga gubernatorial seat which Waiguru is also keen on defending. 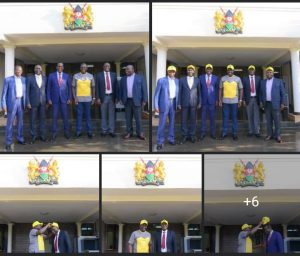